First thing's first: we have a new episode online, featuring our visit to Las Vegas and fabulous Frankie's Tiki Room!  You can see it here!  We'll get to the rest of our brief visit to Las Vegas in a future post, since that was in the second week of our journey.

We set off from M-town at about 7:30 in the morning, which shows you how motivated we were, since that hour is rather painful on a Sunday.  We were meeting our good friend Jeff for lunch at the Waffle House in Hagerstown, MD and needed to make tracks.  We made it on time and had a lovely time catching up.  He runs a weekly tiki night in the DC area that we really want to hit some day soon.  Believe it or not, this was the only time we ate at a Waffle House the entire trip.  If you've driven through the south or east of this country, you know that there is a Waffle House seemingly every mile!

We'd tentatively planned to spend the first night in Roanoke, VA, since I was dying to go to Fiji Island Restaurant, which my sister and I had discovered on a road trip a few years back.  We got there in the midst of spitting rain, having just sat through a lot of unexpected traffic.  This was Sunday, so no rush hour.  We finally realized we were on just about the only major highway through the area, so that no doubt accounted for it.  Virginia was an overall weird experience, culminating in witnessing a redneck buy giant crab claws from the back room of a convenience store, along with lots of beer, announcing that Sunday was his "day to drink beer."  As we pulled into Roanoke I started getting these scary flashing lights in my peripheral vision, which I've had a couple of times over the past year or two and is really freaky.  You wonder if you're having a heart attack, particularly since my left arm was tingling at the same time.  I was in a rather unsettled place when we pulled up to Fiji Island.  However, it proved to be the wonderland I remembered and instantly cured my anxiety. 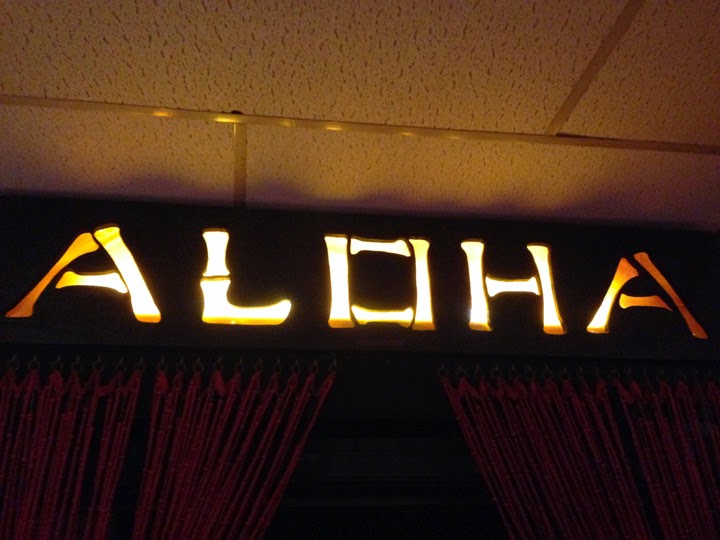 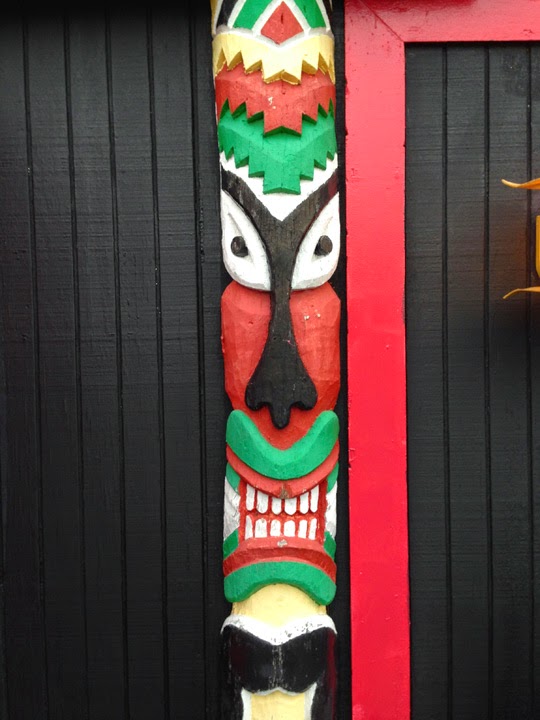 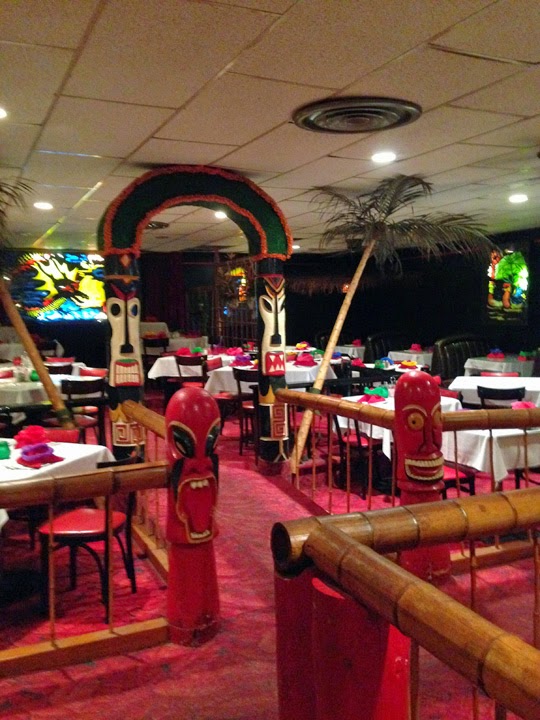 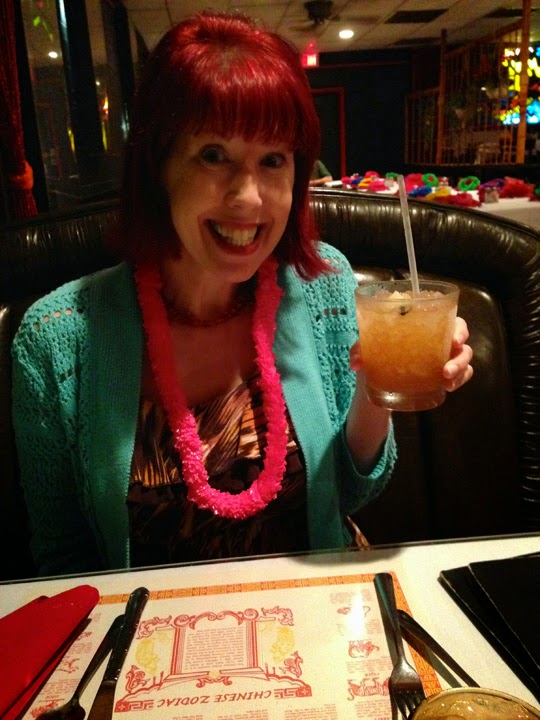 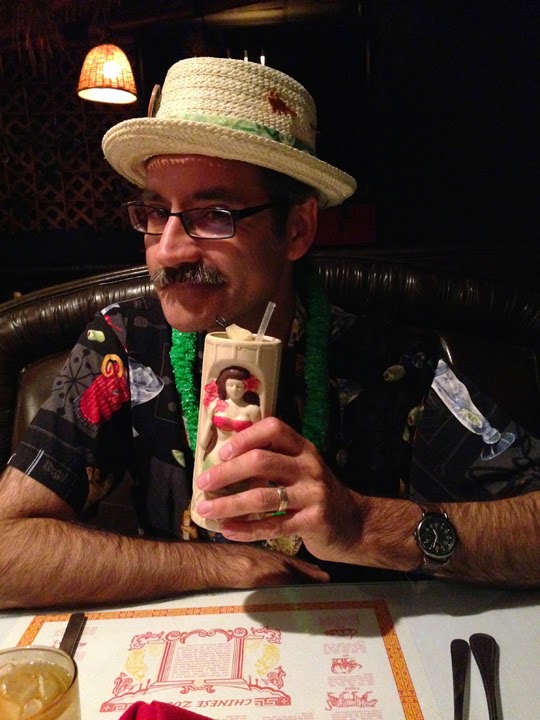 It was better than Paul had expected from my description and gave us both the strength to drive a couple more hours.  We wound up the night in Johnson City, TN, at a Holiday Inn Express with very friendly folks and a family playing poker in the breakfast room.

We left Johnson City with a full tank of very cheap gas, en route to Little Rock, where we were scheduled to spend the night with our friends Mark and Ruth.  Tennessee was very pretty that day, which is good, because we drove the entire width of the state!  We hit Nashville at lunchtime and aimed ourselves toward a recommendation Paul had gotten from the Roadfood website, Bolton's Spicy Chicken and Fish.  This proved to be a fantastic suggestion!  If we'd just been passing by we never would have stopped there, because it kind of looked closed and there wasn't much of a parking lot.  However, we were hungry, game and there, so we tried the door.  We got fabulous catfish sandwiches you KNOW were legit, since they came with white bread and plastic cutlery.  And it was super cheap!  We loved Bolton's! 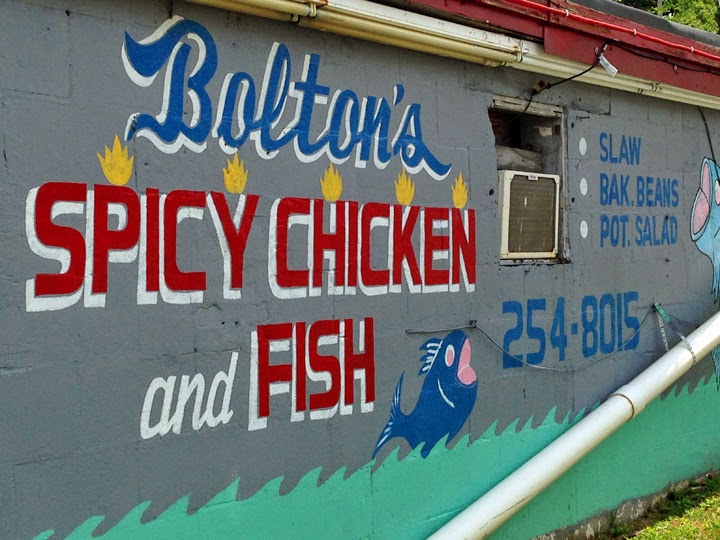 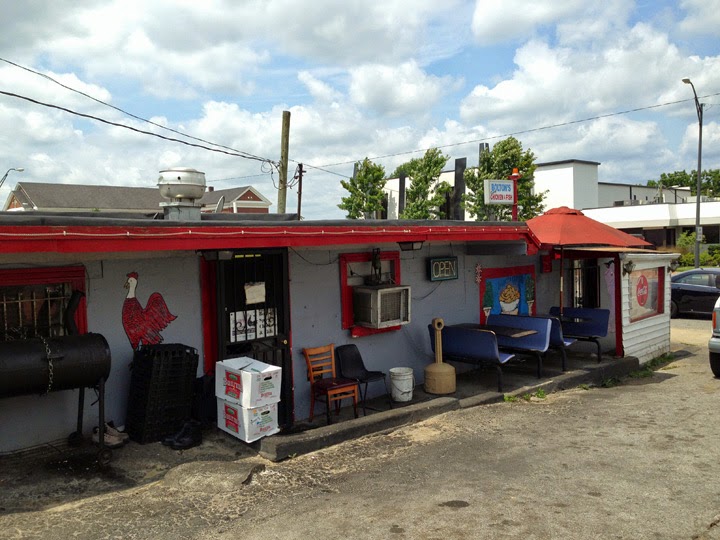 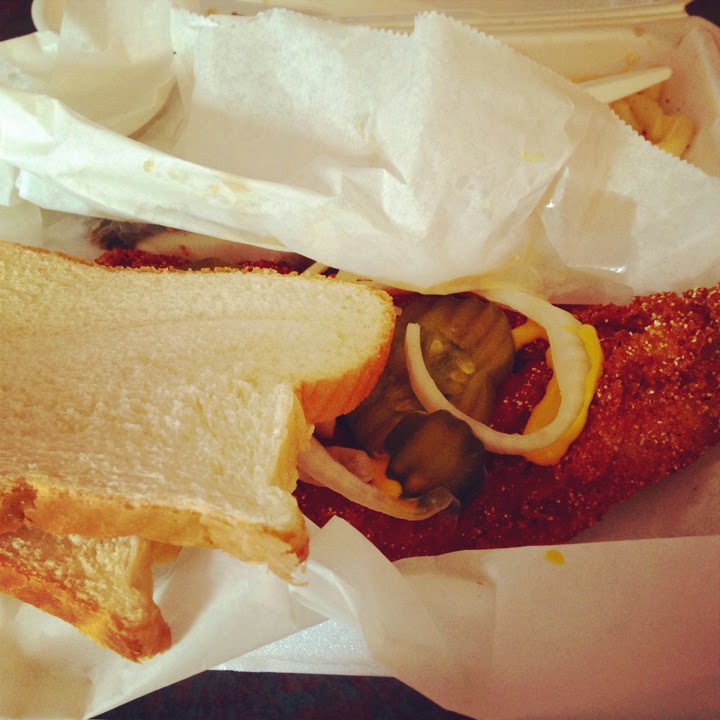 On to Little Rock!  I would have loved to have stopped in Memphis, since it was Elvis Week at Graceland, but we would have needed a few days to really do it up right.  We adore Graceland.  Next time!  It turned out that great things awaited us at Mark and Ruth's beautiful home.  They had two adorable dogs and a sweet cat, greeted us with lovely drinks (which flowed freely all night and accounted for our slightly late start the next day) and had created a fabulous mid-century food spread featuring fondue and pigs in blankets.  We love Mark and Ruth!  They'd also invited friends Tim and Therese over and Tim and Mark regaled us with a mini concert of their roots-y hapa haole music.  Ohana Luau at the Lake really needs to hire them to perform.  It was truly a great night! 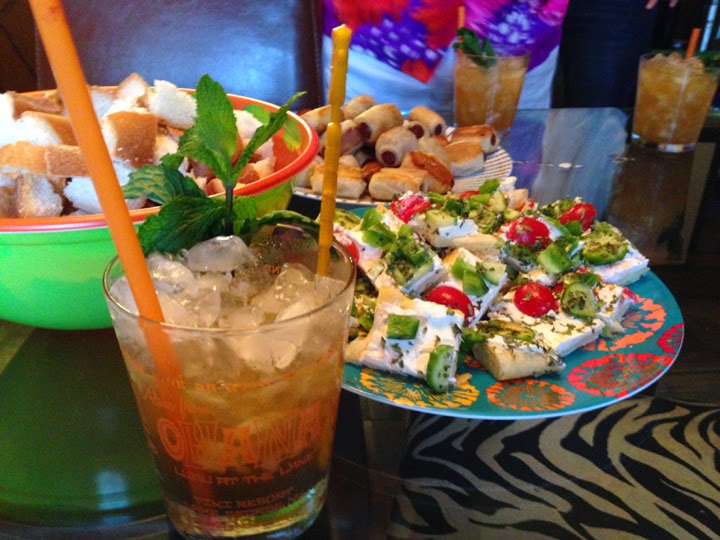 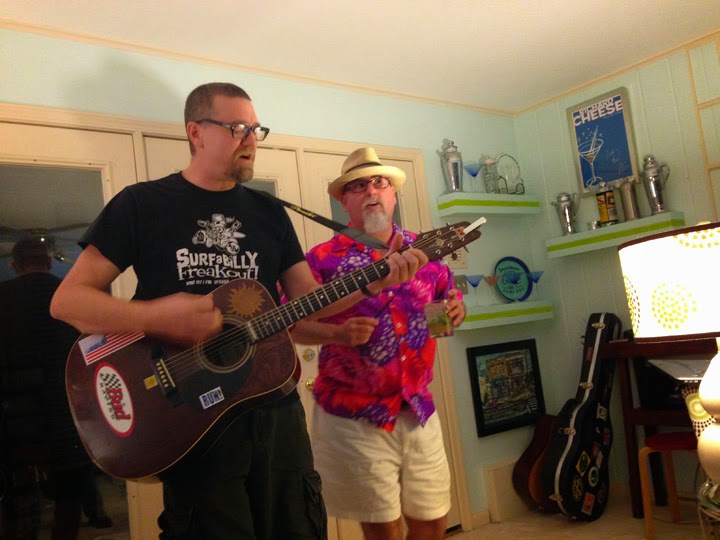 We eventually hit the road by late morning and were ready for lunch in Fort Smith.  Roadfood didn't have any good suggestions that were anywhere near the highway, so I took a chance and just Googled "best restaurants Fort Smith."  That led us to Ralph's Pink Flamingo BBQ.  Who could resist a name like that?  It was in this tiny strip mall a few miles off the highway and we were glad to see that they brought their A game with the kitsch!  The food was wonderful and very inexpensive and it was "free tea day."  As we found with a number of restaurants on the road, they gave us so much food that it became our dinner as well.  This was handy when we'd pull into a hotel late and not feel like foraging for food. 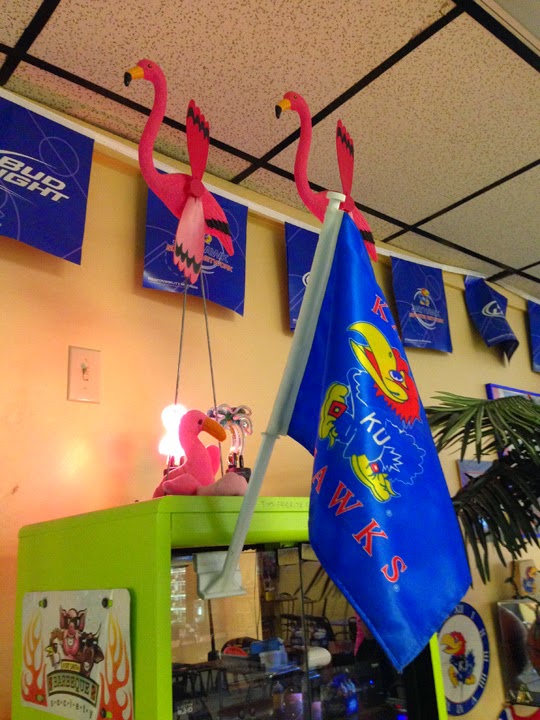 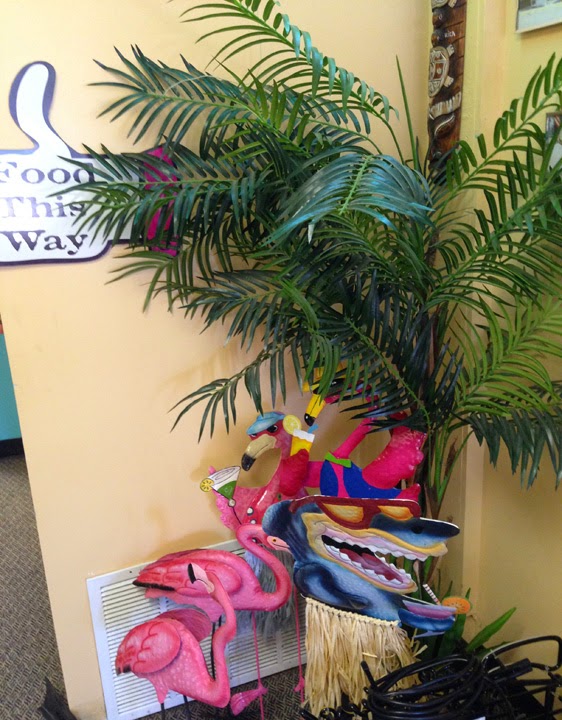 When we finally got around to thinking about a hotel in Amarillo all of the area Holiday Inn Expresses (typically our default choice, since we haven't had a bad experience yet, knock on wood) were full up, so we ended up at Comfort Inn and Suites.  And, darn it, they'd overbooked the hotel, so they upgraded us to a suite at no extra charge!  This was nice because at all the hotels on the first half of this journey we'd do a rehearsal of our Tiki Oasis symposium, the actual reason for the trip.  The suite gave us room to really stretch out for our rehearsal.  We had a little energy left after the rehearsal, so we checked out Drinks Ultra Lounge, the hotel bar.  It featured a sassy gal behind the bar pouring candy drinks for a bunch of burly Texans and their gals.  We'd apparently missed some excitement earlier in the evening, highlighted by a drunk Chippendale dancer spilling his drink over the entire bar.  Ah, well!

The view from our room: 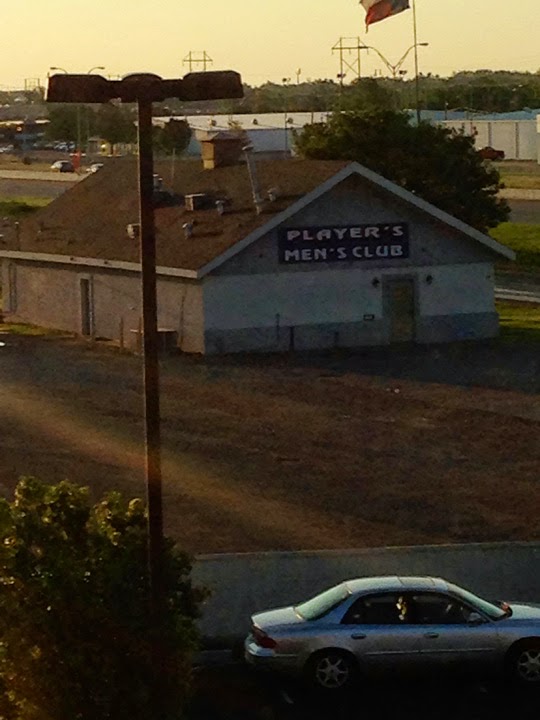 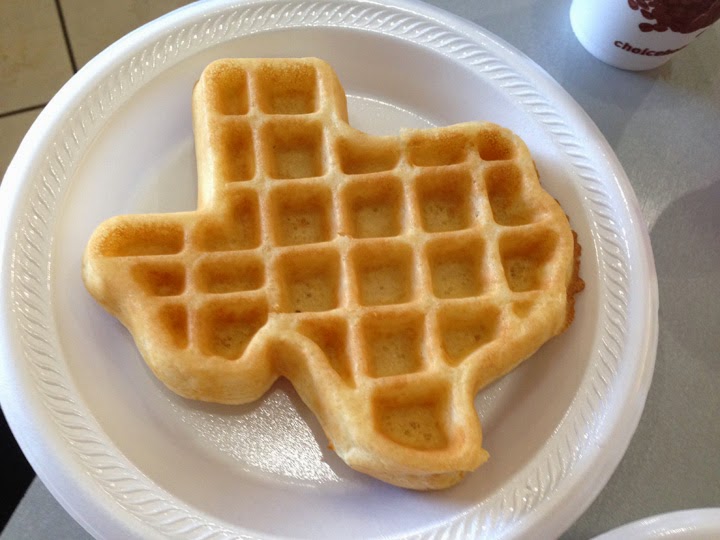 Coming in the next installment: New Mexico, Arizona and Tiki Oasis!


Posted by Velveteen Lounge Kitsch-en at 9:41 AM No comments:

It's been a long time since my last post.  What can I say?  Things have been crazy around here, culminating in our two week cross country drive to San Diego and Tiki Oasis where we taught a symposium called "On The Cheap," chock full of tips to help beat the high cost of entertaining.  I will post a detailed travelogue by the middle of the week, right after we get our new episode online tomorrow, featuring a visit to Frankie's Tiki Room and fabulous Las Vegas! 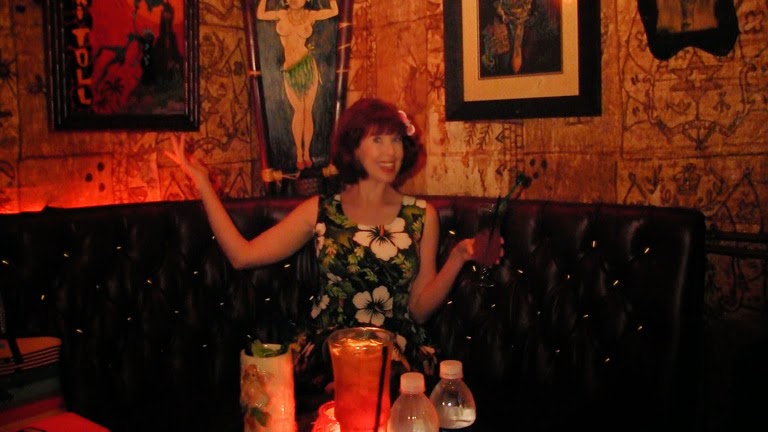 And here's a shot right before the start of our symposium... 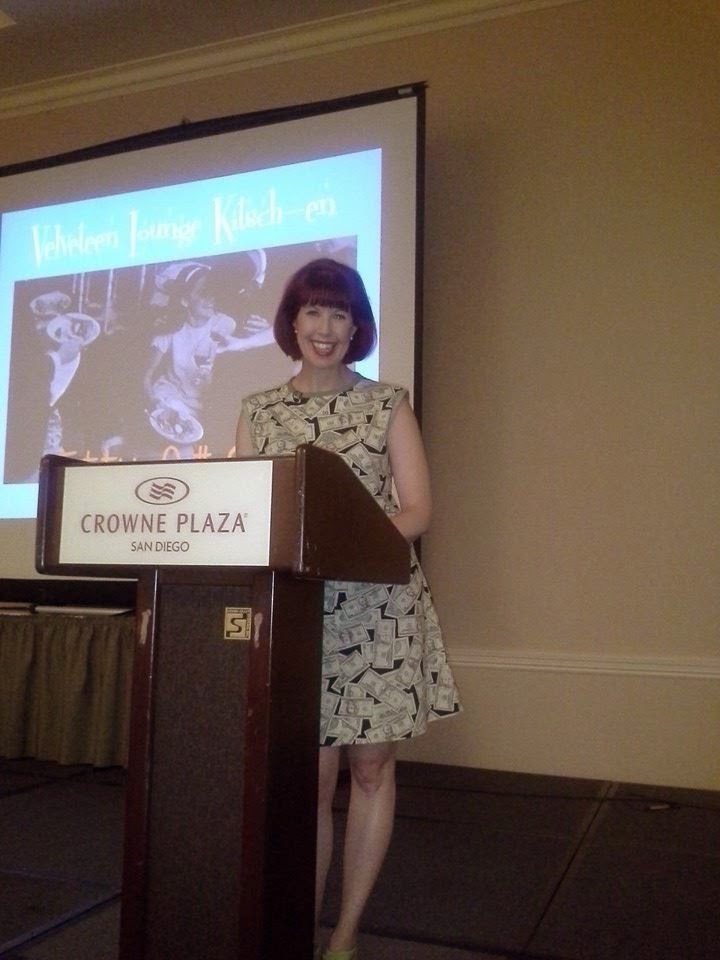 Now I really need a vacation!


Posted by Velveteen Lounge Kitsch-en at 12:00 PM No comments: 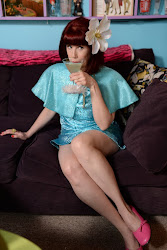